Watch a documentary on Satoshi Nakamoto and Bitcoin on Arte.tv 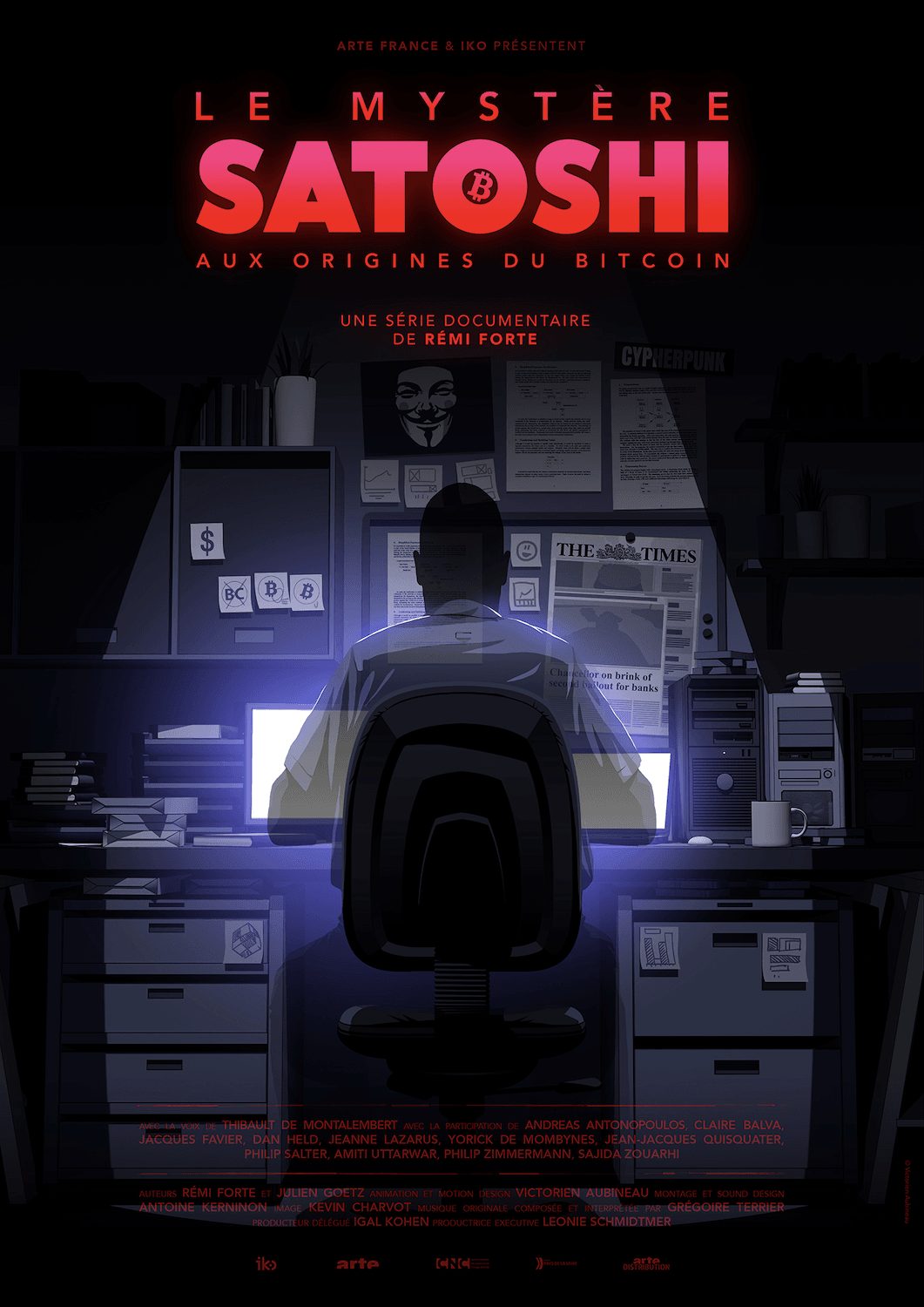 Who is Satoshi Nakamoto really ? This question, all bitcoiners are asking themselves or have asked themselves it one day. The creator of Bitcoin (BTC) , well hidden behind his pseudonym with Japanese accents, probably offered the world one of the most revolutionary inventions of this century without ever putting himself forward.

He will go even further in the absence of ostentation by choosing to disappear suddenly on December 12, 2010, when he publishes his last message on the Bitcointalk site. The Satoshi mystery had just been born …

Even today, the mystery concerning his true identity is total. Girl, boy, collective of cypherpunks? All we know is that it’s not about Craig Wright , no matter what he says.

Satoshi’s story is worthy of a Hollywood movie with a well-crafted script. A computer genius succeeds in solving the problem of double spending on the Internet, in creating an electronic cash system that allows value to be exchanged between two individuals without any intermediary (exit banks) transparently and completely secure.

It is this rather crazy story, which is nevertheless being written before our eyes, that the director Rémi Forte has chosen to tell to whom we owe The Cypherpunk Chronicles and The Bitcoin Revolution . The Satoshi Mystery is a six-episode, 10-minute documentary mini-series that will be available on arte.tv from today (Wednesday November 17, 2021 ) and on YouTube until October 20, 2024, which leaves you with a lot of trouble. time to see her, let’s agree.

The result? Very beautiful work! The director succeeds in making the complexity of Bitcoin completely digestible in 60 minutes flat. By playing subtly with animations, interviews and relevant archival images, this rich documentary series gives voice to a Satoshi embodied, though invisible, and who serves as a common thread, in this case orange.

The choice of speakers is judicious; the cast consists in particular of Andreas Antonopoulos , Dan Held , Claire Balva , Jacques Favier , Sajida Zouarhi and Yorick De Mombynes . Their interventions, and those of other speakers including renowned cryptographers and developers, are lanterns that perfectly illuminate the story. Laszlo Hanyecz’s pizzas bought 10,000 bitcoins are there, just like poor fake Satoshi ( Dorian Nakamoto) grazed by a pack of journalists. In addition, the evocation of related projects such as Facebook’s cryptocurrency Diem makes it all the more aware of the Bitcoin phenomenon and the importance of its existence.

To see and make discover to those who know nothing about Bitcoin which is, in my humble opinion, an earthquake of which we have not yet perceived all the aftershocks. Good viewing!