The institutional war on cryptocurrencies 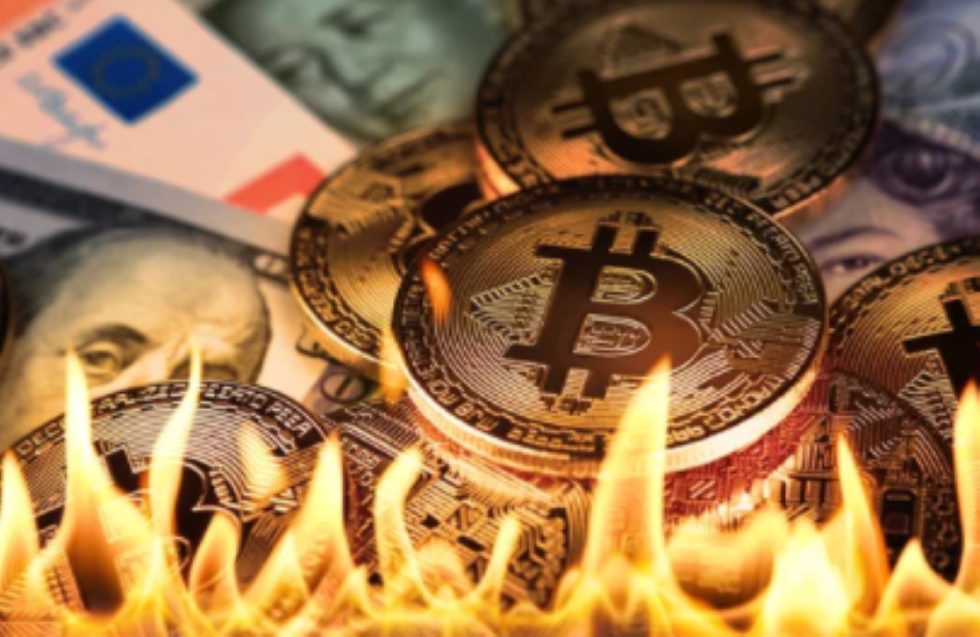 Central banks have stepped up their criticism of cryptocurrencies as the battle over the monetary system intensifies. They argue that digital tokens such as Bitcoin have few positive features and are contrary to the public good.

Thus, a real battle is being launched between global financial institutions and the growing crypto-currencies. In fact, Christine Lagarde has made no bones about the fact that Bitcoin is anything but a currency.

In 2020, the cryptocurrency market reached a total estimated value of around US$2 trillion and it continues to grow despite all regulations. The latest assessment by TV5 Monde Media reports a growing market with a capitalisation of almost 3 trillion in this year 2021. On the other hand, crypto investment experts are convinced that the expansion of this financial asset is unstoppable. Indeed, they not only see it as a profitable long-term investment opportunity, but also as a paradigm shift in the international monetary system. They even claim that crypto assets will revolutionise everything, as much as the internet did in its time.

The truth is that crypto-currencies, starting with Bitcoin, can threaten the monetary sovereignty of any country due to their incredible growth. By the year 2022, we will see a further expansion of the cryptocurrency market. This is why regulators around the world are thinking about what kind of new rules might be needed.

Despite regulations increasingly trying to control the growth of digital currencies in one way or another, new bigwigs are joining the game. Indeed, the biggest investment banks – JP Morgan, Goldman Sachs and Morgan Stanley – have opened up to digital currencies. Among the big US banks, Morgan Stanley was the first to allow its clients to access funds in Bitcoin, stating that the cryptocurrency is now considered an investment asset.

The European Union has proposed a new draft law, which would apply to all Member States, to ban anonymous digital wallets and the transfer of funds from them. The argument is to protect European citizens and the financial system.

The idea behind these measures is to end the anonymity of transfers, which will give member states an inventory of capital movements to and from digital wallets. Thus, if these laws are adopted, digital wallets will be subject to the same rules as traditional bank transfers. The following information may be known:

The discourse of the crypto-sceptics

Among the critics of cryptos are Nobel Prize-winning economists Joseph Stiglitz and Robert Shiller. Although they no longer continue to predict that these currencies will disappear all at once. According to them, no one controls cryptocurrencies. Not a government, not a central bank, not a company. This autonomy in their operation makes the millions of dollars that circulate in their networks difficult to control and supervise by governments, central banks and regulators. Also, cryptocurrency critics believe that crypto mining has an impact on the environment. According to them, this practice will require a very high energy consumption

The speed of change of the geopolitical scenario and especially the impact of new digital technologies on the rules of the game of financial markets is increasing exponentially. For monetary authorities, managing the transition from the old to the new organisational models of supervision is certainly not easy, not least because of the growing mistrust between governments and the confusion in international political relations.

The risk of losing control

But the perception of major nations on the Bitcoin tsunami is already very clear: beyond a certain limit, the real risk for monetary institutions is to lose control over the issuance, circulation and value of money. The idea behind Bitcoin was indeed to create a digital currency that is independent of any form of authority or national government and that would allow electronic payments to be made on a global scale without control, instantly and above all anonymously.

These are all interesting elements for the development of global digital trade that is not linked to the oscillation of exchange rates and interest rates. But these are also innovations to be handled with care. Anonymity and untraceability are two characteristics that turn a market into a jungle, a meadow for tax evaders, money launderers and criminals can move illicit capital without leaving any trace. For this reason, many critics think it might be time to regulate Bitcoin and other currencies.

The beginning of a new era

Beyond the speculation and extreme volatility of crypto-currencies, the question you need to ask yourself is what profound change the eventual adoption of these currencies may bring.

While changes may occur, experts believe that there will be an evolution in the current monetary system to accommodate the meteoric rise of the blockchain. It is worth noting that some countries, such as El Salvador, already accept cryptocurrencies, including Bitcoin, as a currency of exchange.