The Helenis Foundation invests in an emblematic Montpellier town house 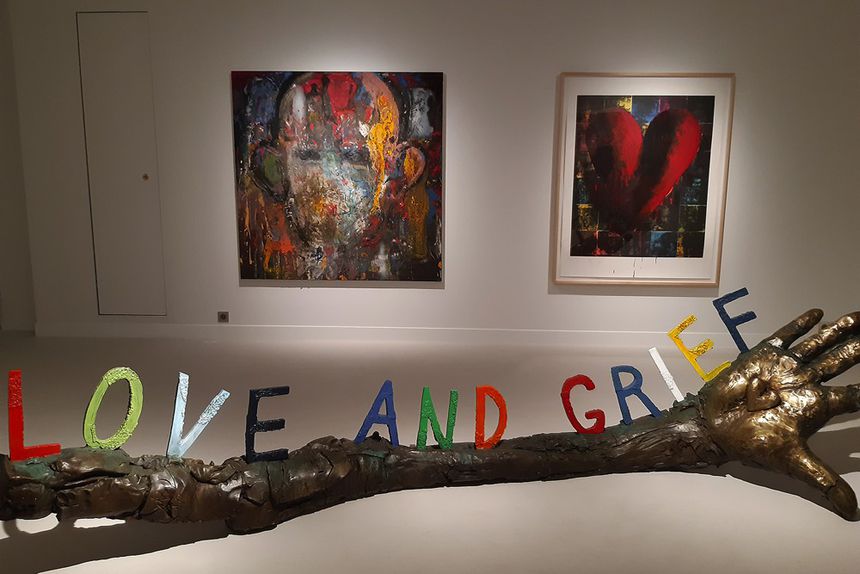 The property developer has entrusted a contemporary art expert, Numa Hambursin, with the task of commissioning five artists with different profiles to create works in startup.

The 17th century building also houses a temporary exhibition space that is accessible free of charge.

In the heart of Montpellier, it took four years of work to restore the Hôtel Richer de Belleval, a 17th century building, exceptionally rich in painted decorations, frescoes, sculptures and vaults. Acquired in 2017 by shareholders of the developer GGL and its property development subsidiary Helenis, for one million euros, the building will have sunk a further 14 million into its restoration. Well known to the people of Montpellier for having been the Town Hall until 1975 and then the court until 2010, it had since been abandoned to pigeons and rodents.

Today, this renaissance is accompanied by a new use: it houses a 20-room Relais & Château, a new Jardin des Sens by Michelin-starred chefs Jacques and Laurent Pourcel, and a contemporary art foundation.

“When the investors came to see me to talk about this project, I told them that they couldn’t compete with blockbusters like the Fondation Vuitton and that they had to think about another concept of patronage, which could coexist with the restaurant and the hotel,” explains Numa Hambursin.

This art professional, former artistic director of the Carré Sainte-Anne in Montpellier, former director of the Pôle Art Moderne et Contemporain of the city of Cannes, and now head of the Moco, an institution in Montpellier that brings together the Hôtel Moncalm, the art centre La Panacée, and the Ecole des Beaux-Arts, then advocated interventions by artists on this historic monument as well as the opening of a temporary exhibition room accessible to the public free of charge.

Obsessed with proving to as many people as possible that contemporary artists, sometimes disparaged, are capable of rivaling their predecessors of past centuries, this specialist imagined commissioning five talents with diverse profiles, for works likely to seduce a large public that was not necessarily a connoisseur. “He chose artists with different techniques, young and old, French and international,” explains Juliana Stuppa, former deputy director of the Helenis Foundation, and recently appointed co-director of the Culture and Heritage Unit of the City and Metropolis of Montpellier.

In the entrance hall of the building with its neo-classical columns, the American pop artist, the octogenarian Jim Dine, has taken over the ceiling to create a monumental mosaic of brightly coloured hearts with the help of the Manufacture de Sèvres. In a boudoir that leads to the bedrooms, the young local painter Olympe Racana-Weiler has created a mysterious forest that preserves the traces of stories that have been lived within these walls.

On the ceiling of the former wedding hall, which has been converted into a bar, the Flemish artist Ian Fabre has used one of his favourite materials, beetle elytra, to bring to life coats of arms in bas-relief. In the imposing main staircase, the Parisian artist Marlène Mocquet has invented a Garden of Eden populated by joyful ceramic creatures.

Finally, on the vault of the hotel reception, the Montpellier artist Abdelkader Benchamma has painted a fresco in black ink on a white background evoking the tradition of alchemy. He had already worked in the lobby of the Sakura Garden residence of Helenis.

“I had total creative freedom, drawing directly on the wall. I had never had the opportunity to do a fresco of such abundance, where the viewer could lose himself in the details, and of such a dimension. I liked the idea of working for the long term,” explains the artist, who completed the mural in eight months.