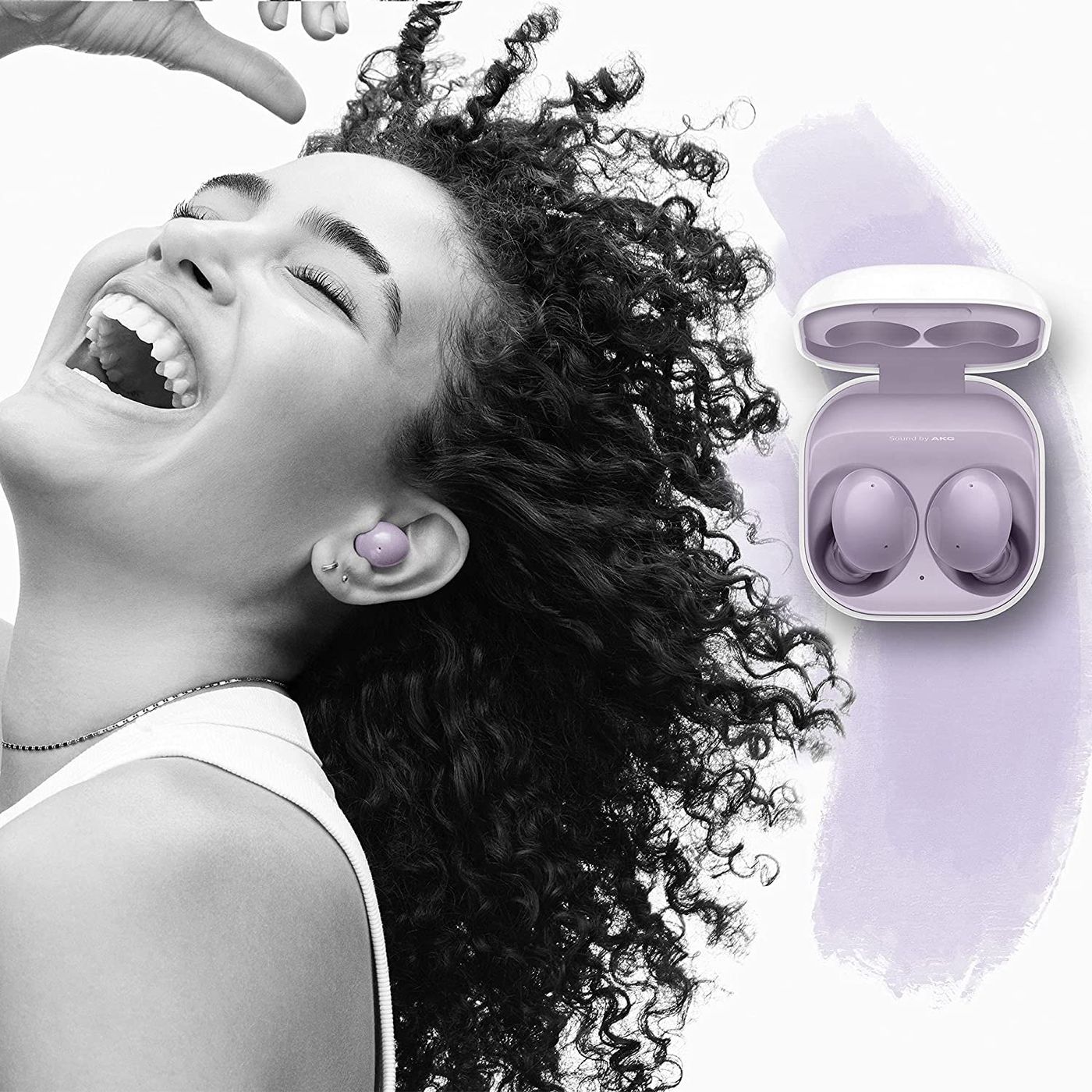 The Samsung Galaxy Buds 2 are entering the battle of the true wireless in-ear earphones with ANC (Active Noise Reduction) as their main asset, a function that we are starting to see gradually appear on the mid-range.

At first glance, everything is there: design earphones in an ultra-compact case, ANC and increased autonomy, and we can assume a sound rendering that holds the road against a competition that is getting carried away in this segment. Our test confirms that the Buds 2 keep their promises overall, the question being what we mean by “overall”.

The Galaxy Buds 2 are cute, curvy true wireless earbuds encased in a tiny glossy shell… and very slippery indeed. This little detail aside, these earphones pair easily with an Android or iOS smartphone, but let’s be perfectly clear, this accessory is primarily aimed at Android phone owners: the companion appGalaxy Wearable, which gives access to the important functions of the Buds 2, is simply not available in the App Store (which is probably related to Apple’s constraints in iOS).

To make matters worse, we had all the trouble in the world to have the Buds 2 recognized by our iPhone 12 Pro (via Bluetooth) while the operation was not a problem with the iPhone X.

Without a companion app, it is no longer possible to reassign controls on the sensitive surface of the headphones, access an equalizer, update the firmware (nothing else) or take advantage of accessibility options, among others. On the other hand, owners of a Galaxy smartphone benefit from additional functions (automatic pairing with all devices connected to the same Samsung account, Bixby, etc.).

The earphones are comfortable (3 sizes of ear tips are proposed), but have an annoying tendency to slip out of the ear when the movements are a little rough. It is the case of many intras, but this one seems to us even more sensitive to the movement. No effect “suction cup” this said on the entrance of the ear, which is frankly pleasant. The ANC is really effective: we hear strictly nothing in a relatively noisy place (a street of the center town of my village for example), but the strong sounds make their way all the same (and if one shouts in your ear, you will hear it). You’ll have to be careful not to accidentally activate or deactivate the ANC when you want to put one of the earphones back in place: the Buds 2’s sensitive surfaces are quite… sensitive. When used with videos, we didn’t notice any really noticeable latency; it does exist, however, and makes use with games much less pleasant. On this point, the Galaxy Buds do neither worse nor better than most of the in-ear monitors we’ve tested so far. As for the hands-free function, it’s perfectly fine, even if the voices lack a bit of clarity and are sometimes muffled.

A rather dull sound rendering

Let’s move on to the sound rendering, probably the element that really disappointed us a bit. Not that the Galaxy Buds 2 are bad on this point considering their price positioning, but they never really shine in this category. The sound is precise but lacks dynamics and especially presence. This lack of sound relief is particularly noticeable with voices and even with music recorded in Dolby Atmos! The 3D sound effect is indeed there, but less pronounced than with other in-ear monitors of the same range. The basses undergo the same effect of clean rendering and really miss punch. We don’t ask for Beats though, but just a little more warmth, roundness and pep. And unfortunately, the equalizer (only for Android) does not solve anything in this respect. For all that, the Buds 2 are not prohibitive (once again, the sound is precise and detailed), but if you want to use them above all to listen to music with your smartphone, it’s perhaps a bit short…

The autonomy is within the limits of what the competition proposes, that is to say 7 hours without ANC (or 5 hours with), to which it is necessary to add 3 complete loads via the box, that is to say 20 to 28 hours of listening to the whole.

Conclusion: solid for its price, but… too many “buts

The Galaxy Buds 2 are true wireless earbuds that are well positioned in the mid-range… but don’t really do much more despite an effective ANC. It’s a bit of a “but” waltz: glossy but slippery shell, comfortable but lacks grip on the ear, practical on Android but disappointing on iOS, accurate sound rendering but lacking musicality, there’s still a little something missing to make them the TWS of the moment…