NFT from the Hermitage and Ethereum for $ 4 thousand 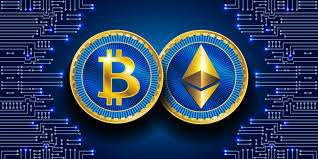 NFT from the Hermitage and Ethereum for $ 4 thousand. Main events of the week

The head of Binance announced the date for the IPO of the American branch of the crypto exchange, bitcoin miners earned $ 1.4 billion in August, JPMorgan analysts warned customers about the overheating of the crypto market and other news of the past working week

Altcoin ranked eighth in the list of the largest cryptocurrencies in terms of capitalization with a market value of $ 28.8 billion. The indicator has grown by more than 50% higher than the previous record in the main cryptocurrency network. John Paulson described digital assets as a bubble and recommended not investing in them

The museum will start selling digital works from a limited collection, the auction will last until September 7.  The author of the Stock-to-Flow (S2F) model claims that the next months will be key for the main cryptocurrency. The sharp rise in the value of the altcoin Wifedoge is accompanied by an increase in trading volumes by 1900 times

According to the ex-President of the United States, investing in digital assets hurts the American currency. The protocol was hacked on August 30th. The developers will direct to pay victims 20% of the collected commissions for transactions. A user with the pseudonym Pranksy purchased a fake artist token on the OpenSea marketplace on August 31. After that, the fraudster returned the funds to the buyer

The capitalization of the first cryptocurrency again exceeded $ 930 billion, while the share of the asset in the market decreased, as it was outstripped in profitability by the largest altcoins. According to the CEO of the trading platform Changpeng Zhao, Binance US is close by the end of a large private round of raising funds. Income from the production of the main cryptocurrency increased by about one and a half times in a month

Investment bank officials say that the share of altcoins in August increased from 22% to 33% and approached the value that was observed in May before the market crash (37.6%). The American regulator is studying the work of the decentralized cryptocurrency exchange Uniswap. The trading platform token (UNI) has already fallen in price by 5%.The value of the largest altcoin by capitalization continues to recover after the market crash. In May, the cryptocurrency peaked at $ 4.3 thousand.