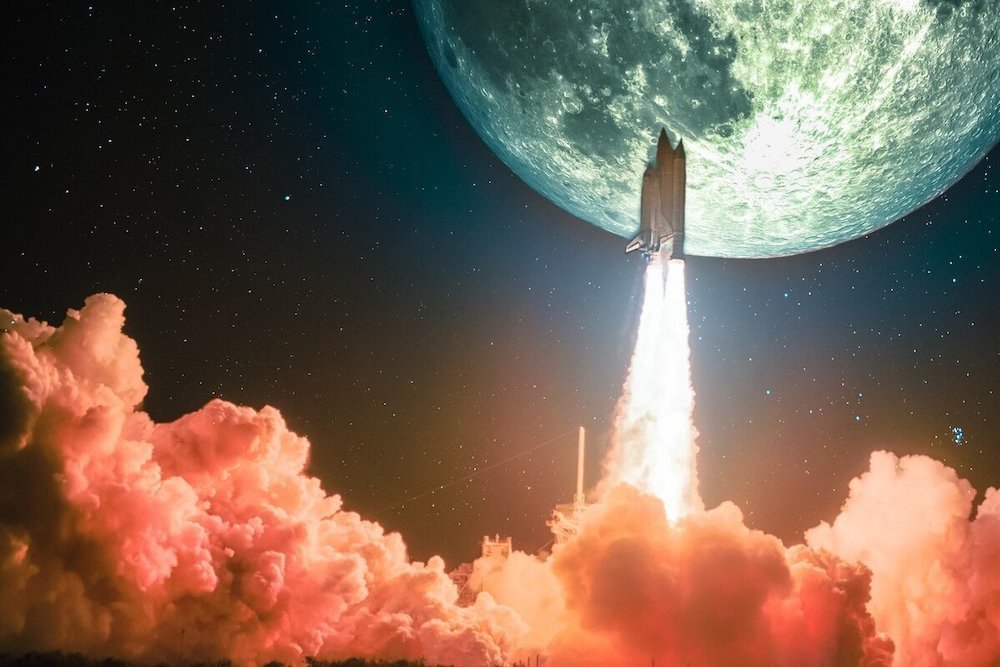 Bitcoin (BTC), just shattered its all-time high of around $64,800 by reaching as high as $66,000 and more on several exchanges on Wednesday.

The upward movement occurred explosively in the space of just 5 minutes, before a slight reversal occurred.

As expected, liquidations also followed, with Bybt data showing that nearly $77 million worth of Bitcoin shorts have been liquidated on major exchanges in the past hour.

As noted, the new all-time high in U.S. dollars today follows earlier highs in a number of other fiat currencies, including the euro and Japanese yen.

The recently launched BITO ETF, backed by bitcoin futures, also rose sharply today, reaching a price per share of $43.60, up from $40.99 for the first trade recorded yesterday, when the ETF launched.

The same was true for the futures contracts that support the fund, which are traded on the Chicago Mercantile Exchange (CME). It should be noted, however, that the futures contracts did not trade at a very large premium to the spot price, as some had expected, but remained in a range of USD 400-500 to the Coinbase spot price.
Separately, a filing with the US Securities and Exchange Commission (SEC) today revealed that ETF issuer VanEck has received approval to launch its own Bitcoin futures-backed ETF, following the successful launch of ProShares’ fund on Tuesday.

According to the filing, the listing is approved as of October 23, which happens to be a Saturday. Therefore, the first day of trading for VanEck’s Bitcoin ETF is likely to be Monday, October 25.

VanEck’s ETF will trade under the ticker XBTF and will be listed on the Cboe BZX exchange, according to the fund’s prospectus.

“Favorable regulation for Bitcoin, which would see it take its place in the existing financial ecosystem, has been one of the biggest catalysts for its rise,” Khemani said, adding that ETF approvals “will allow for greater institutional adoption of the asset over time and thus lead to increased demand.”

Similarly, Jesse Proudman, co-founder and CEO of crypto consultancy Makara, told Bloomberg that cryptocurrency as an asset class is here to stay.

“This is a moment of validation. It’s no longer a question of whether this asset class continues to exist – I think it’s a significant moment at the scale of all digital assets,” Proudman said.

Increased optimism
Bitcoin is expected to peak at USD 80,021 in 2021 before ending the year at USD 71,415, according to the average predictions of 50 fintech experts, surveyed by comparison site Finder.com.

“Longer-term predictions for BTC are even more promising: By the end of 2025 and 2030, panelists expect BTC prices to skyrocket to an average of USD 249,578 and USD 5,237,082, respectively. While this is a significant increase from the current BTC price, the forecast for the end of 2025 is about 20 percent lower than the panel’s forecast in July,” according to the article.