Crypto blockchain and challenge review for the week of August 30, 2021 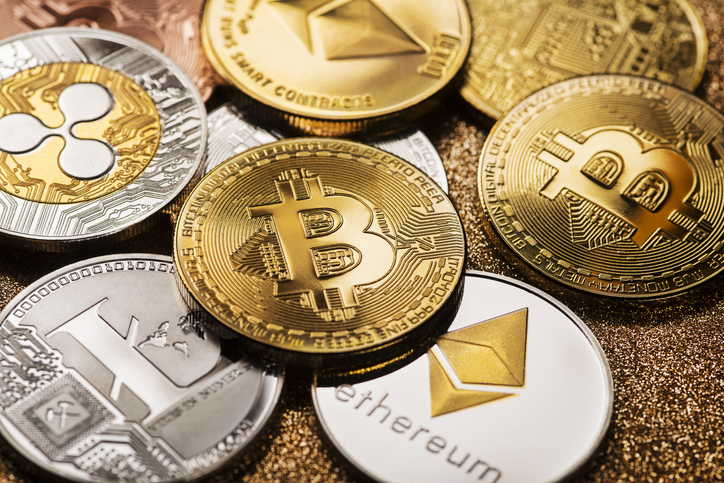 The confidence of the Rivemont crypto fund in Ether has been favorable to investors this week. Indeed, while bitcoin closes the fund’s official week down by around 2%, ETH is up a few points for the same period.

Suddenly, everything indicates that the results should remain on the green side this week again. We will come back to our positioning and what the current prices tell us in the second half of the letter.

Bitcoin is just a week away from becoming mainstream in El Salvador. Indeed, from next September 7, each participant in the national economy will have to accept payments in cryptocurrency. However, its use as a client will obviously be optional. Yesterday, the nation’s Congress announced the creation of a $ 150M fund that will facilitate the conversion between the US dollar and bitcoin. “The objective of this law is to financially support the alternatives that the State provides, without prejudice to private initiatives, which allow the user to achieve the automatic and instantaneous convertibility of bitcoin into US dollars”, we can read in a Congress document.

This initiative, unsurprisingly, does not suit the International Monetary Fund. The latter reiterated his concerns about this first official adoption of bitcoin as a national current currency. “Privately issued crypto assets like bitcoin carry substantial risk. Making them equivalent to a national currency is not a shortcut ”. The organization already said in July that the project “raises a number of macroeconomic, financial and legal questions.” Without a doubt, this is an exciting economic experience.

It’s no secret that Twitter CEO Jack Dorsey is a strong advocate for digital currencies. But the company he runs hasn’t gotten too wet so far. That may soon change, according to astute observers who have analyzed the code for the beta version of the social network’s “tip jar”. When the tip jar was first introduced, Twitter allowed users to add Bandcamp, Cash App, Patreon, PayPal, and Venmo links to their Twitter profile. According to what appears in the beta, there will soon be added a Bitcoin option.

Discussions surrounding the regulation of the cryptocurrency market in the United States continue to intensify. This week it was Gary Gensler, chairman of the United States Securities Commission, to add his two cents. He argued that digital assets could not continue to exist for long without a public regulatory framework since “finance is built on trust.” “To be of any relevance in five or ten years, it will take [cryptocurrencies] to fit into a public policy framework,” he said, concluding that: “History tells you, it doesn’t last long. outside [a regulatory framework]. Finance is all about trust, at the end of the day. “

It’s been a few weeks since we mentioned the current madness surrounding non-fungible tokens and the staggering prizes they are getting. It seems that fashion is not about to run out of steam, on the contrary. Larva Labs, creator of the CryptoPunks NFTs, has recorded 1.18 billion sales since 2017 … including $ 305M last week alone! The most affordable CryptoPunk on sale right now is priced at $ 391,000. The popularity is such that the same firm has just signed an agreement with the Hollywood agency United Talent Agency. The Montreal Canadiens are also embarking on the same adventure, putting up for sale first NFTs highlighting the team’s career in the playoffs on Thursday. Will collectors answer the call?

On the technical side, we have two quite different portraits for the two crypto-assets dominating the market, bitcoin and Ether. On the side of the parent currency, if the bullish picture remains intact, let’s just say it is heavily tested after several short dips below $ 47,000 support. The 30-day moving average, which broke up on July 27, is now exactly at the same level as the 200-day significant, around $ 46,000. We are now witnessing a battle of buyers around this area and a profit-taking between $ 48,000 and $ 50,000. We should soon have good indicators on which trend will prevail.

Although September has historically been a month of correction for bitcoin, the on-chain indicators have plenty to fuel investor optimism. Take the whale activity for example. The more we tend towards red on the following chart, the more these large portfolios are in accumulation mode. On the contrary, blue represents small purchases by individuals.

We see that during the first pass above $ 50,000, this accumulation by the whales was running out of steam, leaving only individuals as buyers at the upper levels. Currently, on the contrary, the accumulation is accelerating around this same area. In short, the confidence of the largest players is strong in a new surge in prices, beyond the peaks known in the spring.

Anthony Scaramucci, CEO and founder of SkyBridge Capital, meanwhile still believes bitcoin can hit $ 100,000 before the end of the year, mostly due to the exponential growth in demand each month.

“The simple truth is that you have the limited, fixed supply of bitcoin and you have exponentially more demand each month. As long as I see this, I see these prices going up. So we’re going to stick to the price target of $ 100,000, ”he explained.

On the ETH side, the uptrend is alive and well. Indeed, the ETH / BTC ratio has moved out of its symmetrical triangle consolidation zone to await peaks dating from spring. Such a neat bri in a technical continuation pattern gives hope for a thrust of a height similar to the width of the triangle. In short, it is plausible to hope for a rise that could reach a ratio of 0.094 ETH / BTC, which would constitute a rise of 40%.

Meanwhile, the downtrend in Ether reserves on trade looks set to continue. This is another bullish indicator, with the latter pointing out that many investors tend to place their assets in custody mode.